Coronavirus: how to avoid panic and keep the elder population safe

One of the main factors influencing mortality in coronavirus, as a study in China has shown, is age. Professor Alexey Potekhin, candidate of biological sciences, tells on his page in the social network how to avoid panic and protect elderly relatives from threat.

"The general excitement is hovering in the air. I think it's time for me, as a biologist who has been reading the general course of virology at the university for many years, to say a few words about the coronavirus. I will try to do it in a thesis, because there are already a lot of letters on the Internet about it and, as they say in Italy, even a pig has already spoken.

1) It's just a coronavirus. One of the representatives of the family, which was previously represented in the general spectrum of human acute respiratory infections (ARI). It's not a plague. It's not smallpox, not our generation's native measles. It's not even the coronavirus that caused SARS in 2002 and was much more severe. The current virus kills like any self-respecting virus that just got to people from another beast. But it kills in moderation. As many people in the world die every day from tuberculosis as have died so far from COVID. And the same number of people die from malaria. It's just that we don't keep track of these numbers online.

2) The virus is, unfortunately, quite contagious. More infectious than the flu, less infectious than mumps or rubella, not to mention measles. We are imagined to be affected by the increasing numbers of infected and dead in real time, and mentally we put them "already". There are 8 cases "already" in St. Petersburg! In Russia, "already" 93! In China there were 80,000 already. In fact, it would be more correct to say "more" or "everything". 80,000 cases per billion China in almost three months of epidemic is ALL, not "whole". That's why the panic has been inflated very much. We in Russia are at the very beginning of the epidemic. In a couple of weeks, the situation will obviously get worse, as it has happened and is happening in other countries. But it will still be very far from the epidemics that mankind has experienced throughout its history, except for the last 50 years. And almost no one, by the standards of those epidemics, is going to die (see below). Therefore, the panic is over!

3) The virus has escaped from one country and growth points (outbreaks) have emerged all over the world. It was inevitable. By the way, there is no need to be afraid of the word "pandemic" - it only means that cases have been identified in most countries of the world, not that mankind is at risk of extinction. But if each country repeats China's path in the coming months, there will be many cases. A small percentage of each country's population will still be affected, but the amount will be considerable. Quarantines are aimed at failing to reach the Chinese targets in a short time. The security measures that China has taken, and is now taking, by Europe and the rest of the world are absolutely unprecedented. Their main goal is to reduce the simultaneous burden on hospitals during mass outbreaks (which is now happening in Italy and looks tragic), to stretch the spread of the infection over time.

4) Coronavirus mortality rates reflect reality. No one would hide them in an era when social networks would immediately bring down into groups people whose relatives died suddenly from pneumonia without prior flu or other acute respiratory infections. And would have counted each other. In this case, the total number of cases, of course, is very much underestimated, as the mass of people have suffered the infection asymptomatically and in a period when it has not yet been able to identify. And now many cases are undetectable, although they are now monitored. And well - the more the number of infected underestimated, the lower the actual percentage of fatalities.

5) This virus has nothing to do with human development and has not "escaped" from any laboratory. While people are panicking, a lot of things have already been learned about SARS-CoV in laboratories around the world. In particular, the fact that everything started with a single infection in China - that is, someone ate some bad animal there. Or just stood nearby in the market, where, in fact, in one cage sit snakes, bats, chickens, civets and pangolins, and then they are "cooked" for customers on the same table without any notions about hygiene and "kosher". The ideal environment for viruses prone to try their luck in another host animal - where else would a bat exchange liquids with a turtle and a rabbit? And viruses that find themselves in a new host in order to adapt to it will inevitably acquire new properties and often behave aggressively. In addition, having jumped over the interspecific barrier once, the virus will jump and another, adapting to the new host. Somewhere in the chain of masters may be a person. This is not the first virus to be found in Chinese markets. Maybe China is reorganizing them now. Actually, maybe we're lucky the virus turned out so badly.

6) The SARS-CoV coronavirus is not going anywhere else in our lives. It won't go away. It won't be destroyed by quarantines. There's no medicine against it, like most viruses, medical advice is supportive therapy. The vaccine will appear (I think, by the summer), but the mass practice will not be released until the end of the year, because the time of testing of any vaccine can not be reduced. That's why most of the world population is doomed to get sick with this virus. And it is important, because the best remedy for infectious diseases - collective immunity (the more people got sick and acquired immunity, the fewer new cases will occur, and slowly the disease will go into the background). Do not believe the rumors of repeated infections. For coronaviruses, immunity must be developed reliably.

7) Coronavirus does not look like an influenza virus. And so it will not keep humanity quarantined and under attack for years and decades. Coronaviruses do not have the features and mechanisms to ensure the high variability inherent in influenza viruses. They are likely to follow the usual path of such infections - the longer they are with a person, the milder the symptoms. And new forms will appear rarely, and will not effectively overcome the immune barrier that emerges after the first infection. But for about six months (my assessment), the current epidemic situation could stretch. Gradually, the virus will become part of the landscape, many people will get sick, and humanity will begin to return to normal life.

8) Fortunately, children are barely sick, although they can carry the virus asymptomatically. Healthy adults are likely to carry the infection "on their feet", someone will get a little fever, someone will get sick as a good flu. Few people will end up in hospitals on evidence (i.e. in a life-threatening situation). Of them have a chance of dying. Not scarier than flu, one of the most unpleasant and dangerous complications of which is also pneumonia. And, as everyone has probably already understood, in the group of high risk are people over 75 (insured - in countries with living standards below 70), especially with any related diseases. According to the current statistics, every fifth or sixth person in the group is at risk of death.

9) From the point of view of biology, if we look at human beings as one of the animal species, coronavirus should not be considered too dangerous at all. It kills people with weakened immunity (like any infectious disease) and moderately thinks the population in the older age group. Just 100 years ago mankind would have taken it philosophically as God's work. And the worldwide coronavirus epidemic of 2020 would have gladly swung without looking at an outbreak of measles or polio in their hometown. But here it is, the downside of progress - we do not want to give this virus for nothing, for a healthy life, not one of the old people, among whom will be someone's parents and grandparents. And in order not to give them away, you have to put them in a hospital room in time to help them breathe. We know that the number of rooms is limited, and devices for IVL, probably, too, not a thing per person, in addition, they constantly help to live and a lot of other people who can not breathe themselves not because of coronavirus.

10) Therefore, quarantine measures are justified. Which of us, when choosing between going to a bar in the evening and the death of even a strange old man, in the chain of transmission of the virus to whom we may unwittingly find ourselves, will choose a trip to a bar? Probably, if the price of boredom is measured in the lives of old people, everyone is ready to be bored at home, without going out and having fun. Even at work you can sometimes not go, especially if you need to go there by subway, and the world will not turn over if you stay home. At the same time, do not confuse complete self-isolation with a reasonable reduction in social activity. This virus is not so terrible as to paralyze life. There is no resonance to buy a year's supply of food in stores, they obviously will not be closed, and pasta will then eat stale long. As was well said in one of the memos, if you need 144 rolls of toilet paper for 14 days of quarantine, you should have seen a doctor long before the coronavirus appeared!

You don't have to be afraid to go outside, you don't have to be afraid to go to work if you really have to go there. You don't have to be afraid of having this infection at all! Have we ever had the flu in our lives, or have we ever had a fever? You have to be afraid for grandparents, and it would be better for them to go out less and communicate with other people. And not only not to ride minibuses or drag to the Philharmonic and other places for cultural entertainment. They are unlikely to be happy about it, but in the near future it would be better for them to meet with children and grandchildren less often. Which can bring them a dangerous contagion, even without knowing it. Explain this to your elderly relatives and friends, and try to provide them with this regime of minimal contact. They'll still get sick. The main thing is that not all at once. 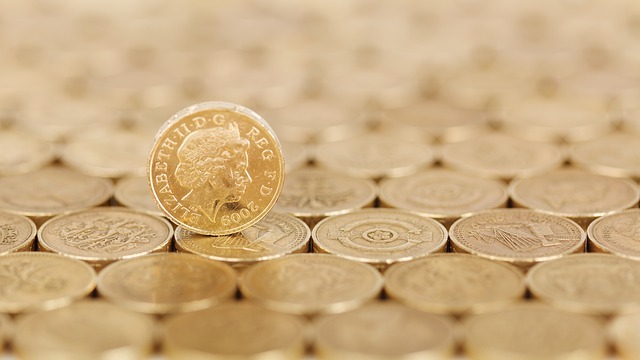 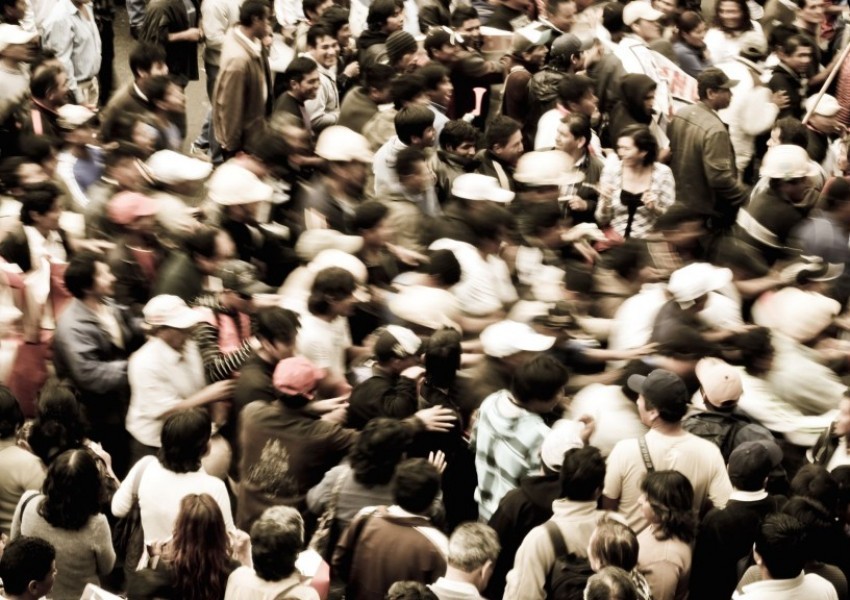 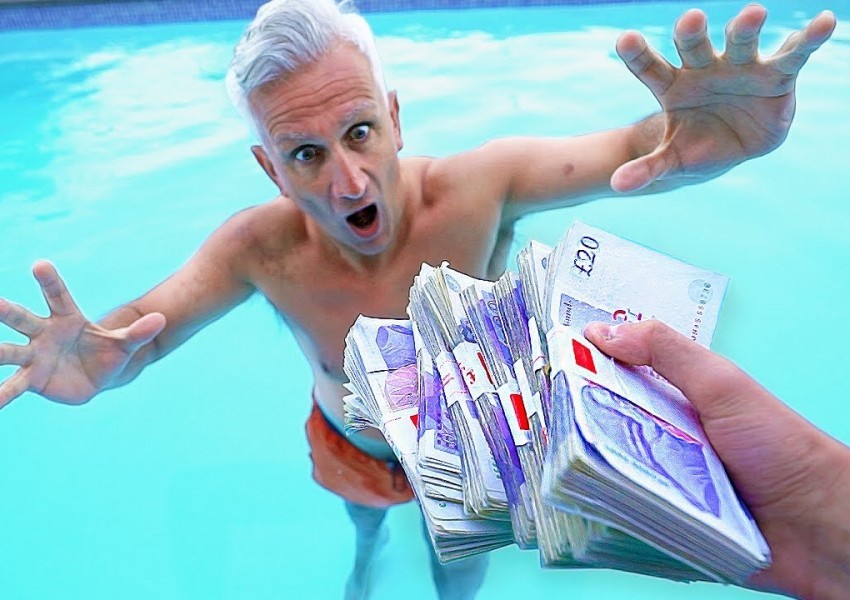 Одна организация предлагает дарить всем гражданам Британии на 25-летие £10,000
Our website uses cookies to improve your experience. We'll assume you're ok with this, but you can opt-out if you wish. Read more
Accept