Dmitry Leus: "I have a few places where I feel really happy."

The publication infoabad.com has published an article from the series "Interviews with natives of Turkmenistan" currently living in different countries. 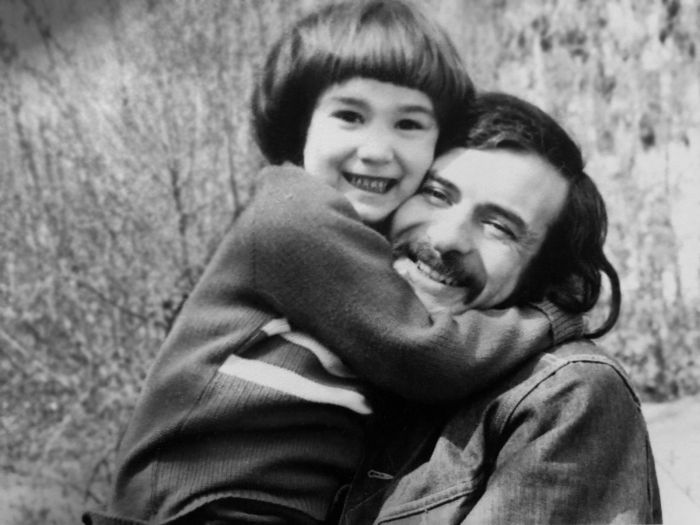 You were born in Ashkhabad, tell us about your childhood and family


Ashkhabad is the city where I was born, grew up, graduated from the school and university. The first real friends, the first and the only love, our first son was born there. I have the warmest memories connected with this city. I miss this wonderful atmosphere of child carelessness and happiness.

I can endlessly remember some interesting and funny stories. For example, about how we used to drive around with the guys on the streets all day long, ride bikes without helmets, sometimes with faulty brakes, crowded to my house (I lived on the ground floor and was the happy possessor of 24-hour tap water, while all other floors were supplied on schedule) and swallowed the most delicious cool water from the tap from the hands. We took a breath and continued on an adventure journey.

I remember how we made homemade petards, consisting partly of magnesium, which could be obtained from the airfield and from which the landing gear was made (I can't imagine how we learned this, because there was no Internet at the time).

Not even the fact that this is protected area could not stop us.

But it was stopped by security. Of course, we were terribly scared, and something must have been mumbling in our excuse - so the formidable guards, having held us for a while in their quarters for educational purposes, let us go even without complaining to our parents.

In the evenings, we climbed on the roofs, not afraid to fall down and sat on the edge for a long time, watching the lights of the city light up. We were enjoying ourselves, not taking photos for social networks.

On weekends, we crossed... Imagine - the hot weather, scorching sun, sand, we run a distance, and only at the end there, a small stream. We took a little breath, drank water and ran back. And then one day, on a particularly hot Sunday, running up to such a long-awaited stream and imagining how we would make the first sips, we see that the stream is dried up! I remember that somebody even cried ☺.

We also ate on the street, it seems that only on the street delicious mulberry berries (by the way, later I learned that they are very useful) and the most delicious bread (churek), which was baked and sold in the Janet store.

Every day, at 7pm, there was a car with a cistern of milk coming to our area, and with a three litre jar, standing up for 20 minutes in a noisy queue, I felt like a real miner. 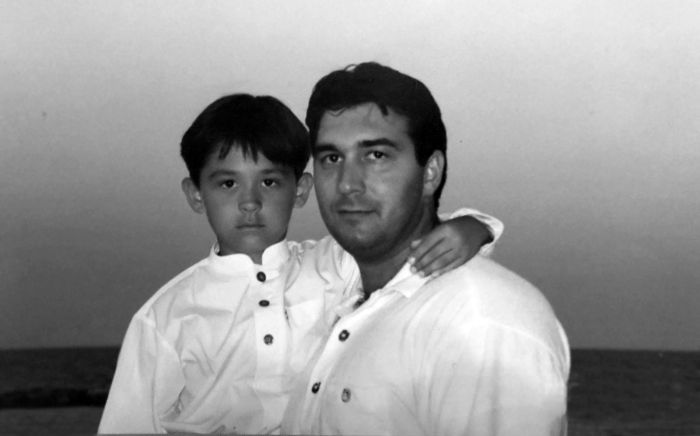 I was lucky enough to taste a real childhood in its entirety. A Safe, easygoing and full of kindness. The kindness of parents, neighbors, schoolmates and friends.

Growing up, I remember a lot of interesting things too. First pioneer camps and discos, first love and frustrations, first sport failures and victories.

Every spring there was a congress of international students at the university, the International Friendship Club - IFC, with discos until 5 am for several days, and which oddly coincided with the exams. In the morning we came to the student campus (I was not coming home any longer, explaining to my parents that I was preparing for the exam), somehow we tidied ourselves up, quickly read textbooks and then went to the exam.  And the most interesting thing is that we got good grades! Because studying was interesting!

In the third year of study, I met my first real love, my future wife. We went out together on some endless dates, discos and concerts.

I studied well and seriously practiced sports, building relationships and spending time with friends. I even found my first part-time job - I started working in the software department of the Ministry of Internal Affairs.

It seems to me that strength and energy was given to me by the feeling of homeland - in the literal sense of this word - native places, filled with strength, energy and love. Everything here was mine, familiar to me in detail and native. It is true that nowhere, in any city of the world, stars shine as brightly as in the city of the childhood.

How did the adaptation at the new place of residence happen? What features of life and business can you highlight at home, in Russia, in the UK?

It seems to me that success in life largely depends on the foundation we get in childhood. On the one hand - freedom and carelessness, on the other - discipline, self-organisation and persistence. This was required by the professional sport that I have been practicing since childhood. 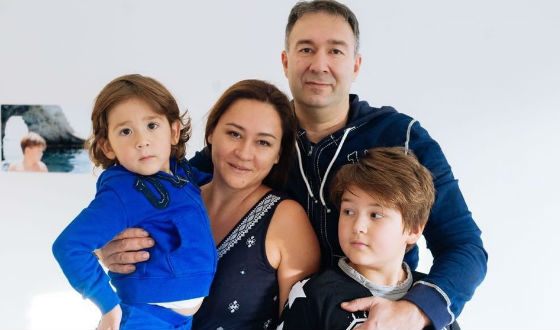 Constant training, away competitions and training camps, defeats and victories - I was always on the move, and, easy, quick adaptation to the new environment and changing conditions became the norm for me. Anyone who has been involved in professional sports will understand me. The sport was the one that pushed me to move to Moscow, although it was the understanding that it wouldn't be an easy walk for sure...

There was no one waiting for me in the new place and, in general, no one needed me.  In order to achieve something, I had to put twice as much effort and work, work, work. And I was ready for it!

But, apparently, I was wrong, it was much more complicated than I imagined. Fortunately, as an sportsperson I was already known in the country, as there were a lot of my sports friends... It was them who supported me in the beginning.  Once you've gone that way, there's nothing to stop you from going to the second time. When you have a goal and all the bridges are burned and there's nowhere to retreat, you're sure to succeed. In this regard, moving to London was more thoughtful, planned and calm.

You are a professional sportsman - how has this affected you in your life? In business? What role does sport play in your life now?


Sport has taught me a lot in my life, from health and self-organisation to the ability to build relationships with people. After all, fencing (I was in the Turkmen national fencing team and a member of the All-Union Center for Fencing) is not just physical activity but also the ability to respect the opponent and cross the limits of your abilities. It's a kind of conversation that you have with yourself on the lane.

Thanks to sports, I used to go to training camps and competitions quite often. There we met with guys from different national or even foreign countries. I had a pretty friendly relationship with other people. And you know, the most interesting thing is that when I moved to London, I met these guys here and until now we train with them in the same fencing club.

Now I also spend a lot of time in the sport. I work out and teach sports in every possible way to my own children and to children from British schools, supporting and promoting fencing amongst them. I support the British national team.

Sport is all about life. It's about setting goals and moving forward with them. It's about maintaining relationships and being friends outside the gym. How to overcome difficulties and even in a failure to find positive moments for yourself and make the right conclusions. About how to learn to win from the most difficult opponent - yourself.

Your area of business interests is investment and finance. What does this have to do with physics?


Then I'd start with school and my passion first for mathematics and then physics. I liked this science so much that after graduation I went to university to study physics in the group of radiophysics and electronics. The competition was huge, about 25 people into one place, so I didn't even get into it right away. Nevertheless, I graduated with honours, despite the endless nightclubs and discos ☺.

I don't know what the connection is, but a lot of my friends who are currently involved in finance at the university studied physics. Probably both physics and finance have some common internal laws or policies.

Do you do business and have an experience of partnership in different countries around the world - is there any specific thing in each country?


Of course, everything has its own specifics of doing business and internal regulations in different countries. And here it is important to be sufficiently immersed in the regulatory framework in order to understand all the opportunities and limitations. If we talk about the basic points and approaches to finance, they are, in general, not very different. And simply to say about the investment business, its whole essence is in the right choice of the object of investment in order to get a sufficient level of profitability in the future. But the right choice - a symbiosis of alignment of decisions, intuition and luck.

What is your secret or set of rules - how to be successful regardless of territory and external circumstances? Your way of life shows that it is possible - how?


Hopelessness helps you survive! If you have made a decision and have chosen a way, burn bridges behind you and deny yourself the path to retreat. That is the only case you will have to move forward. That is the only way to achieve a new result and compare it to the past. If you are not satisfied with the result, choose a new path, burn the bridges and move forward again. The action produces a result.

And my other secret is that you have to really want to achieve your goal. Very strongly. If you do, I'm sure you'll achieve it.

What do you expect from the world economy now? What's your prediction for the future?


Not me who said the phrase "It's not a great deal to make predictions", but I fully agree with it. It seems to me that in order to make a forecast you need to have a huge amount of information and take into account all factors that can affect the course of events. Those who have such information and can predict the development of the situation with high accuracy do not make forecasts.

At this time of turbulence and uncertainty, I would call forecasting hypotheses or possible development options. So I cannot tell you exactly what will happen tomorrow or in a year. One prediction that I can give you is that in any situation you will need to quickly orient yourself and make decisions, be flexible and trust your intuition. It sounds strange, but being able to hear your intuition is a skill that I constantly training myself and without which, in my opinion, there can be no successful decision making.


A favourite place on the planet you want to go back to?


When you have a couple of free hours, how will you spend them?


With children. I always have something to share with them, and they always have a lot of questions and things to do.


What kind of book do you recommend to read right now?


"The path of Cassandra or adventure with pasta" by Yulia Voznesenskaya. 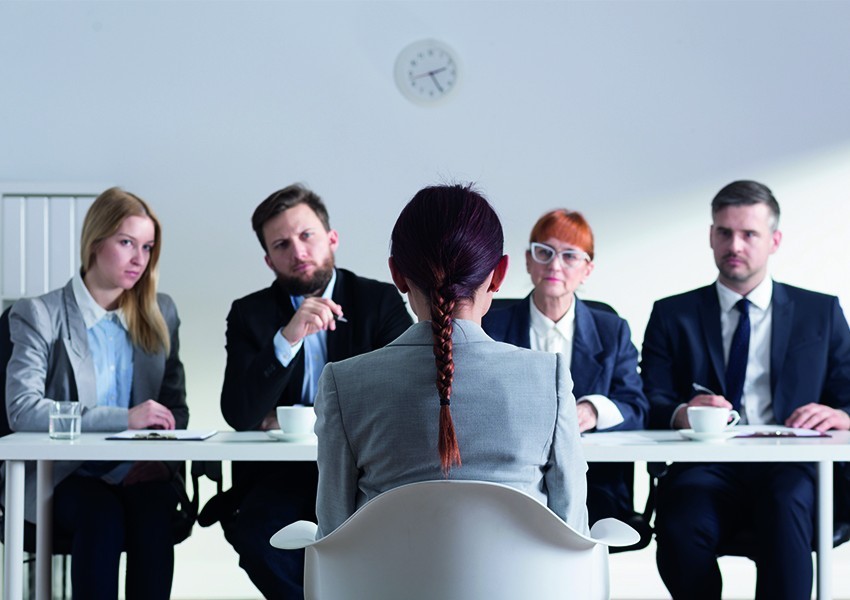 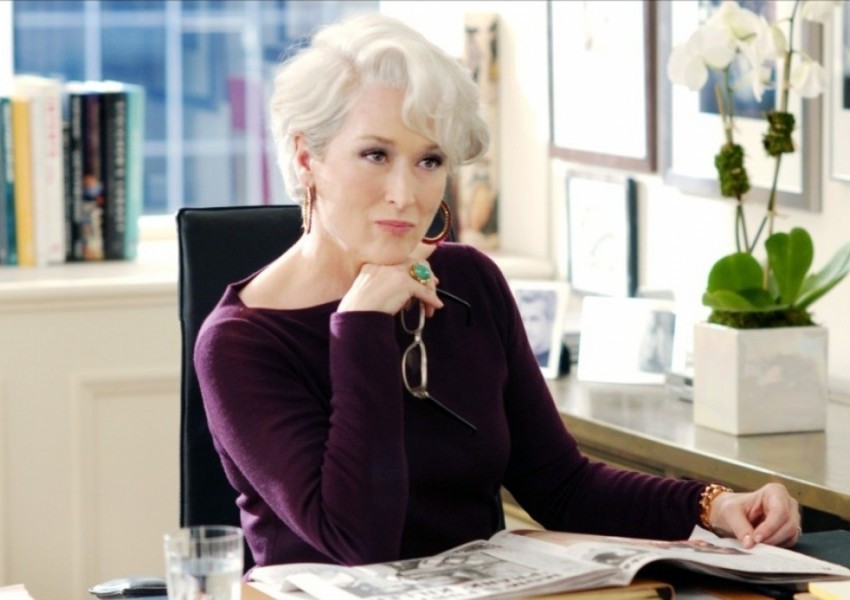 Вопросы на британском собеседовании, за которые можно призвать к ответу в суде
Our website uses cookies to improve your experience. We'll assume you're ok with this, but you can opt-out if you wish. Read more
Accept