People of the future: children of generation Z and Alpha - what are they like?

To understand what tomorrow will be like, we must already study today's children and teenagers - those who will shape our future and live in it. They' re called Generations Z and Alpha. The term "Generation Z" was proposed by American researchers William Strauss and Neil Howe along with the definition of "Homeland Generation". They formulated the theory of generations.

Nowadays, they are considered to be those who were born:

– from the late 19FF90s to the early 2000s, according to the Merriam-Webster dictionary;

– and those who will grow up by the second decade of the 21st century, according to the Oxford Dictionary of English.

Some other names are Centennial, iGeneration (iGen) by analogy with the iPhone (suggested by psychologist Gene Twenge), digital natives, Zetas and zoomers.

"Generation Alpha" - one of the variants of the designation of the generation following the "centenials". The term was proposed by the Australian scientist Mark McCrindle. By his definition, "Alpha" is children born after 2010.

It is not clear who should be considered "Zetas" and "Alpha": generations, according to different researchers, are measured at intervals of 5-10 years or 15-20 years.

The most famous and widely used theory of generations of William Strauss and Neil Howe was developed on the basis of the generation cycles of Anglo-American history. Therefore it is necessary to transfer its realities of other states with amendments: for example, probably, it is necessary to shift time limits and change distinctive features.

In principle, there are no rigid boundaries separating one generation from the other, noted the aforementioned researchers in their book "The Fourth Transformation".

Demographic factors and individual personality traits are usually not taken into account in the analysis.

However, there are key events in the world that affect all people and allow for the tracing of common features across generations.

Among psychologists and marketers there are a lot of discussions about "Zetas", because morally and psychologically they have already almost formed - they can be studied in terms of behavior and habits. "Alpha" - children now are no more than ten years old, so what they are and their character traits can be said only in a generalised form.

These are the ones that are being talked about at scientific conferences. Who are researched and for whose attention are being paid marketing specialists, HR-departments of companies, sociologists and media.

Attitude to communication and technology

These are people who cannot imagine themselves without the Internet, smartphone and social networks.They are homebodies, spend a lot of time under the supervision of their parents and do not hurry to move out at least until they are 30 years old, less meet with friends and less often go on dates.

How do they feel about their health

Compared to previous generations, they pay more attention to health and are less prone to smoking and alcohol addiction. According to a study by Hope Lab and Well Being Trust, nearly two-thirds of adolescents and young people use mobile health apps.

How they use information

Their attention is more diffuse, and information is more difficult to assimilate. Although, these modern teenagers are multitaskers and can, for example, listen to music, check out Instagram and do their homework simultaneously. In addition, memorisation and storage of this information are not their priority, because almost everything can be found on the Internet, but the elimination of unnecessary information and fake news they have in the forefront.

How they feel about their studies and careers

They believe that if there are useful online courses, it is not always obvious to choose a traditional university. Today's young people are aimed at getting really useful knowledge and successful career, which, by the way, is not always associated with the office, because working remotely is more comfortable, considering the individualism peculiar to today's youth and an acute sense of justice.

Despite the external infantilism, the Zetas try to think about their careers earlier: it is very important for them to find the opportunity for self-realization. It is more difficult for them to become independent and choose the path in a constantly changing world.

In addition, they are more demanding when choosing a future company. One of the priorities of "zoomers" is their own business, which they sometimes start building at school through social networks. They do not have idols, because they believe that now every teenager can become famous, for example, YouTube blogger, if he creates interesting content.

Among their main fears, environmental challenges come first, followed by corruption, and economic problems at the end of the list. They are very sensitive to the issue of safety and are ill-adapted to uncertainty. The impact of financial crises, terrorism and enormous technological development have played a major role here.

How they feel about faith

Conflicting information about young people's attitude towards the issue of faith. So, Gene Twinge in his book Generation I: Why is the Internet generation growing less rebellious, more tolerant, less happy - and completely unprepared for life" states that in 2016, one in three young people in the United States aged 18 to 24 did not believe in God.

Attitude towards family and marriage

Compared to previous generations, according to numerous sociologists, the younger generation is much more tolerant, more conscious in building relationships, and gives their ideas about what marriage should be like in their opinion.

Attitudes towards money and shopping

They are rational in financial matters, they are economical. They understand fashion, and are active consumers of "smart" goods that simplify life.

On Alpha children, scientists are so far paying less attention than Generation Z. Although they are quite young now, they are already quite active in influencing both parents and the world around them.

These are people born around 2010, and when their last representatives are born (around 2025), there will be almost 2 billion of them.

What should we expect from them?

At this point, we can only make general assumptions. However, as the aforementioned Mark McCreendle said in an interview with The New York Times because "they have been offered to look at screens instead of pacifiers, animators and training books since they were children," it is already clear that the impact of technology on their lives will be enormous.

They will grow up interacting with artificial intelligence, high technology, robots and "smart" toys.

The importance in their formation will play social networks

If for Zetas Facebook or Snapchat is a tool, for Alpha is a lifestyle. Growing children will have a "digital footprint" before they even know what the term is.

They already have an Instagram account that their parents manage for them. They also launch YouTube channels for alpha children, which have a big impact on their age group.

The new generation will be even more characterized by the ability to detect fake news and more conscious and rational use of time spent on the Web.

"Alpha" will operate in a world where everything is tailored specifically for them - from news feeds to a range of services.

As they are more likely to be the only ones in their families, the Alpha generation is more likely to grow up selfish and expecting to achieve what they want instantly. They actively influence parents to buy things and also have enough pocket money to make their own purchases, which is already becoming a subject for reflection among marketers.

The alpha generation will be the most financially wealthy, technologically advanced and educated.

They will need interactive personalized programs and teaching methods because both education itself and people's perception of information will change. Judging by the global trends, a large percentage of children will switch to online education.

They will have an idea of what they will be doing and what they should strive for much earlier than "zoomers": science, technology. Cranfield University Professor Joe Nellis notes that the generation of "alpha" will take up work that does not yet exist.

Their life expectancy will increase...

They will be even more concerned about health, global problems and environmental issues. In addition, the Alpha are already actively interested in space exploration.

According to the Lego study: 86% of children aged 8 to 12 years are interested in space exploration. Almost all respondents from China (97%), the USA (88%) and the UK (87%) believe that in the future a person will go to Mars. However, the same survey showed that today's children are three times more likely to become YouTube bloggers (29%) than astronauts (11%), which may indicate that they do not yet sufficiently understand the impact of space travel on everyday life.

Despite the fact that the theory of generations is subject to periodic criticism, and there is no clear framework in this issue, the model is actively used by futurologists, sociologists, advertising specialists, HR-managers, and ordinary parents to get an idea about young people, to identify common features, as well as for general forecasts and analysis of changes in the future. And very soon we will observe them in real time. 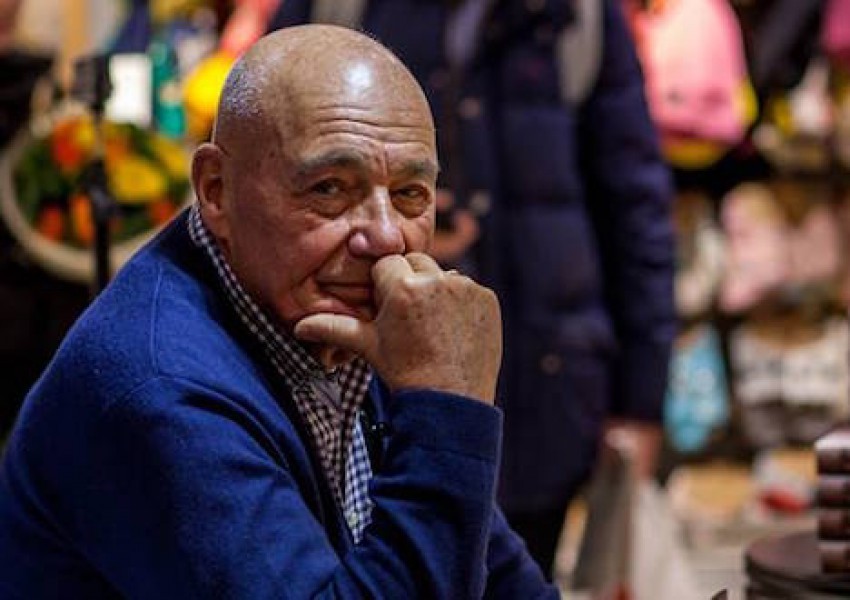 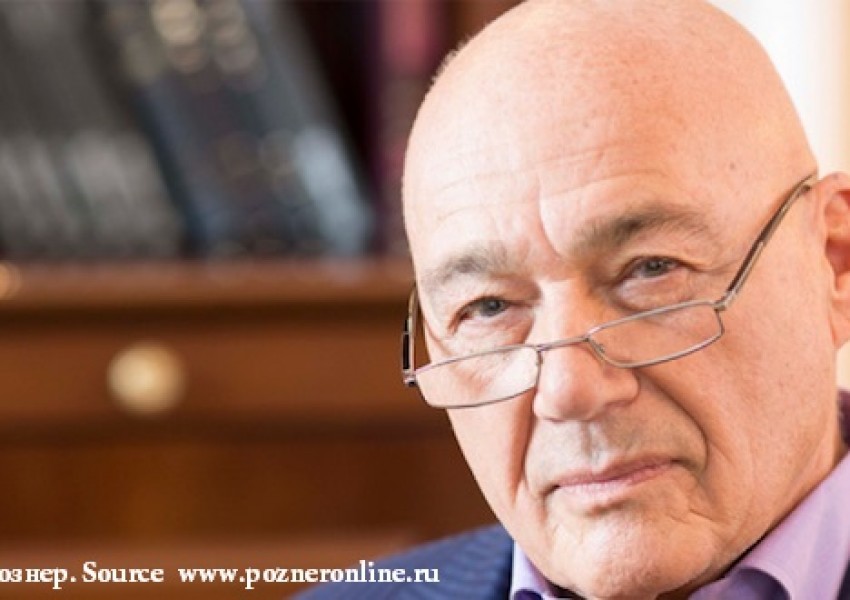 Блиц-интервью: Владимир Познер
Our website uses cookies to improve your experience. We'll assume you're ok with this, but you can opt-out if you wish. Read more
Accept