Mikhail Labkovsky: "Salary is the amount you feel comfortable with"

In what case does low self-esteem become an obstacle to a successful career?

Then, when a person is unable to realize himself, to find himself.

It starts in a school. The child does not study well, he is sprayed, he barely passes the final exams and chooses not a profession to which his soul lies, but a university, which has a chance to enter. He gets a job on the same disadvantageous principle - he chooses an easier job. Even at the interview, it becomes clear to the employer that the applicant is not confident in himself, does not pretend to anything, that he can be entrusted with a routine, to blame on him a lot of boring duties, because neither complain, much less require a large salary and position he will not. So the man agrees to what he does not like very much. And what he wants, he doesn't even really know...

I often have to consult the wives of wealthy people, and I ask them, "What would you like to do in life?" And it almost always turns out that they don't have their own ideas and desires. Why not - it's another, big question about childhood, parents who suppressed the child, did not consider his desires and requests and as a result raised a man who does not love and does not understand themselves. As a result, he does not find his purpose, and he has to put up with the circumstances.

Confidence is the very quality that gives good education in the first place (for example, private British schools). What about those who have no money for expensive education?

Do you know where self-confidence is given away? I do not think that studying in a private British school is the key to success. There are statistics, facts: many millionaires with education are very neglected. Sometimes it just doesn't exist. At the same time (and perhaps that is why) they do not have the fear of failure, he knows how to think outside the box, take risks, spit on the rules and authority. Do they teach this at school? According to my observations, for success in business, first of all, you need not be afraid of anything.

And private British schools are a product for export. Do they teach independence, the ability to make decisions, to be responsible for their actions, to defend their opinions, to communicate and be friends? It seems to me that both a bachelor from a public school in a poor district can become a successful businessman and a graduate of a prestigious private college can be a failure. Everything is individual!

My daughter went to a free public school in Jerusalem. This is the school where the Netanyahu brothers, one of whom is the current Israeli Prime Minister, attended. And although she only studied there until the 8th grade, she received serious knowledge and was taught excellent English.

What other qualities do you need for a person who wants to succeed?

A person needs to like what he does, he needs to WANT to do it, understand his desires and follow them. Otherwise, self-confidence, the ability to trust your decisions, desires, intuition, understanding of cause and effect, the ability to set great goals and do great things are important.

What role do ambitions play in success?

It depends on what is considered success. I do not consider business success in isolation from basic human well-being. Rich, successful people in business are very often unhappy. I have seen them in packs - most of them are real neurotics.

Ambitions arise when people don't like themselves as they are and go out of their way to prove that they are worth something. He constantly compares himself with others and always loses this comparison in his own eyes. There's a shift of goals. Instead of realizing his own aspirations, to realize his talents, abilities, desires and dreams, a man straining, life puts, indulging his ambitions, trying to win some competition imposed on himself ... Well, let's say, won. Is he happy? No, he's not. I stand on the fact that ambition is never healthy. That's it.

Sometimes a person loses his self-esteem because of life's failures - for example, can't find a job for a long time...

Our self-esteem is very selective. A healthy situation, a situation of norm is when a person accepts and loves himself completely. He likes everything in himself: his appearance, his belly, his baldness, his way of thinking and communicating... And this is exactly the kind of thing that you don't meet often. Usually people say about themselves as follows: "I assess myself objectively - as an employee I am good, but as a manager I do not pull" or "my appearance is bright, but I do not know how to convince. It comes, of course, also from childhood, if parents emphasized some qualities of the child, for example, my mother told my girlfriend on the phone: "she's scary, but diligent," or "son, though stupid, he can not be a thinker, but maybe the athletic line ...

Well, only the one who was treated with unconditional love from birth is fully confident in himself. If that didn't happen, his self-esteem is severely impaired. And in this case, I advise you to make up for the lack of love and respect for yourself. Respect and love yourself as much as you would like to be loved and respected by others. Do the actions that are typical of people with high self-esteem, break the reflective arc. Do not compromise, hold on, do not agree to do a job that you think is "not your own", do not go to a position that you think is unworthy of yourself. Be patient, courageous, and believe in yourself.


This terrible word " procrastination "... People say that some journalists have had their careers ruined because they never dared to write or send an article. Why do people put things on hold?

Most procrastinators are strict perfectionists with the highest levels of anxiety and fear. That is, they are even afraid to start something out of fear that they won't finish it or do something brilliant.

Perfectionists and high achievers are not the ones who do the best they can't do, but those who don't even do it if they're not sure they can do it properly. So they put it on hold, and in extreme cases they don't do anything at all...

When it interferes with your career and negatively affects your life in general, you should go to a therapist.


Is fear of public speaking also part of the problem of low self-esteem? How to deal with it?

Fear of public speeches is caused by the fear of being misunderstood, uncertainty about what you will be appreciated, approved, heard. Ultimately, it's the fear of losing. And that's how you work with it. But you don't have to fight anything. The very definition of the task is wrong. "I'm afraid, I'm nervous, but I'll fight it, I can do it, I'll win the audience"... And it's like you're already at war. I'm not!

You have to go out with love, with interest, with a desire to share what's called an "open fence". This, by the way, comes by itself, when a person leads to the adequacy of his self-esteem, begins to love himself, "relaxes in life".

How fair is the dividing of people into introverts and extroverts? Is it true that this dividing to some extent determines what a person can do best?

There is no such thing as 100% introverts and extroverts. The question is whether you are more extra or intro. It depends on this percentage whether a person is more suited to work with papers, mechanisms or people. And that is the division that is more functional. Find out exactly which type of person you belong to and it will be easier to choose the job.

People often misunderstand and evaluate themselves. For example, they feel the need to communicate, but for fear of being misunderstood, they shut down and consider themselves introverts (and work in a warehouse instead of sitting in reception).


Is it true that for psychological comfort, each person needs to change his/her job periodically? If so, how often?  And by what internal signals can we understand that it is time to leave?

You have to listen to yourself. If there is an inner need and the feeling that you have sat in one place - change the job, and if not, why change? There are no prescriptions or rules here. But, as you know, there are national traditions. In the USA it's customary to change jobs every 5-7 years and more often, and in Japan - the longer you work in one place, the more honorable you are.

I recently met the head teacher of the school where I worked 30 years ago. Now he's over 90, he's in great shape, 63 years of work at the school, of which 40 years - in his current position. This is one of the most famous schools in Moscow. And as you understand, he is very comfortable there...


Are there any psychological problems that are more common to women than men?

Of course, women are more emotional. And maybe it has something to do with their career advancement. But overall, I'm against gender division. I think there are no specifically male and specifically female qualities that help or hinder business success. 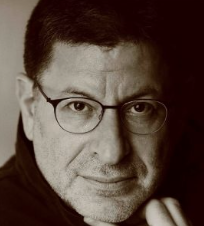 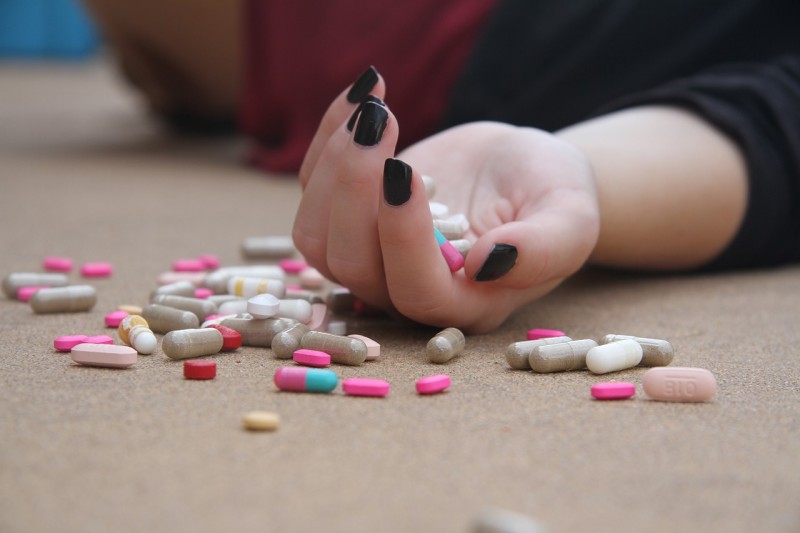 NHS: get help or die trying 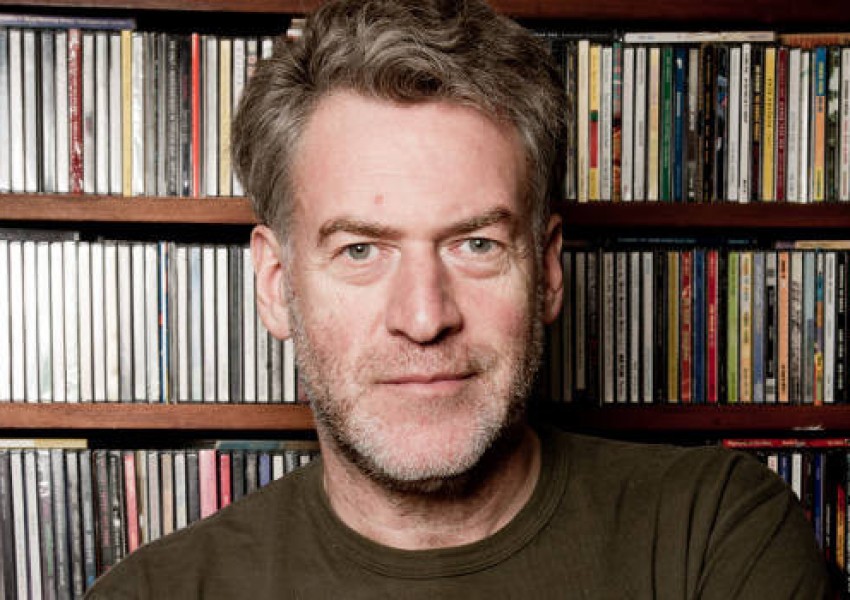 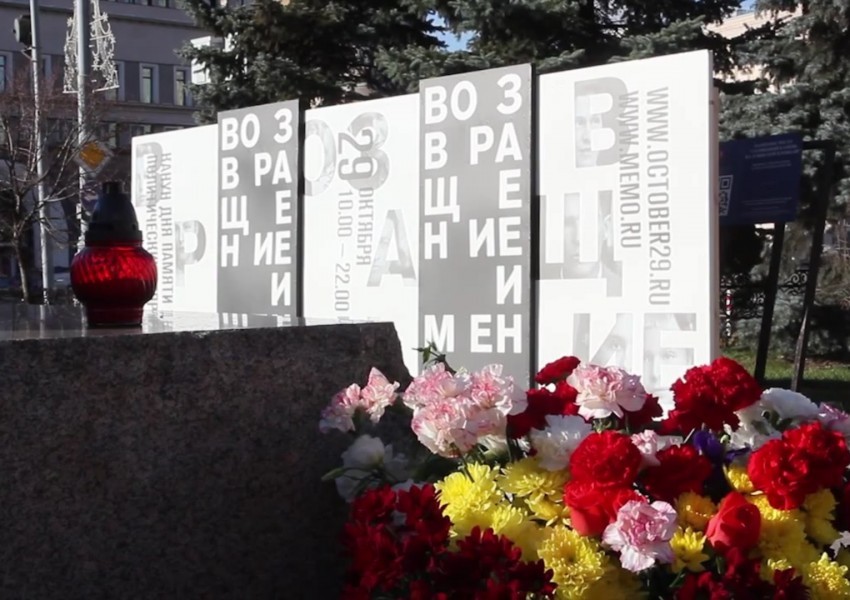 Repressions as the way of living
Our website uses cookies to improve your experience. We'll assume you're ok with this, but you can opt-out if you wish. Read more
Accept