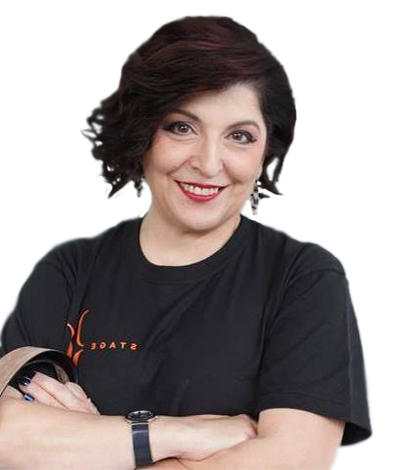 MEGAN AND HARRY: NEVER BEFORE…

Never before was repeated many times during talks about the royal wedding of the year.

Never before had a royal wedding taken place during the weekend, only on a weekday: aristocracy don’t tend to observe the conventions of the working week.

Never before had the preparation for the wedding were kept in such secret.

Never before had the relatives of the royal bride represented such social diversity: from cinematic light directors, marijuana farmers and yoga instructors to social workers, former diplomats, anthropologists and one bishop.

Never before had a royal bride evoked such strong emotions that ranged from tears of joy to complete displeasure, that lead to Kensington Palace’s plea to the media to stop the “hunt” on Megan Markle, remembering how tragically a similar media hunt has ended once before…

I have a feeling that this boy is not a complete stranger to me. He was growing up in my sight, in the sight of the entire country. At first he was just a red haired rascal laughing uncontrollably and getting wet with mother and brother on a Thorpe park ride— and after — his very straight and solemn walk behind the coffin of the closest person he was to on earth carrying megatons of tragedy on his 12–year old shoulders…

True English upbringing for many centuries meant a complete bottling up of your emotions and keeping a stiff upper lip whatever happens. Convention detests any emotions, They are scarcely a subject for conversations. The upper lip has to remain stiff, ever if you are 12 and have just lost your mother. Harry did his best trying to cope. It would be much more difficult if not for his friendship with his older brother and the support and understanding of his nanny Tiggi Leg–Bourke. Therefore one hardly should not be surprised by Harry’s youth rebellion: his alcohol consumption, experimenting with marijuana, intensive club life and by his continuous épatage of the Establishment and paparazzi who were the reason his mother got killed: do you want pictures? I’ll show you pictures!You name it: he comes to the costume dress party in some nazi uniform, he is caught on camera playing naked snooker in Las Vegas…

He always wanted, like his mother before him – to live a normallife, which means the right to express emotions, the right to make mistake, to appear vulnerable and free from the eternal chain of t Royal Protocol, this eternal nobless oblige. At Eton he was not the brightest pupil, just like Churchill at his Harrow, but became a keen polo player, also like the great Winston.

His relationships with girlfriends never lasted for long. Very few of them could stand the constant ambushes and harassment of the world media.

So the outsider prince found in the army the best realisation of his ambitions. After the elite academy Sandhurst he was sent to Afghanistan where he lead a tank brigade and learns to fly an Apache helicopter. All this will be known when he came back after service. Before his return it was a top secret. When the war in Iraq was about to start he was going to join his regiment there but the Kensington Palace issued an unequivocal ban. The royal will was to be obeyed by every soldier. Harry contacted his brothers–in–arms personally and apologised again and again but they understood: he might be a good commander and seems to be one of them but he is also in line for the throne…

Afghanistan, where he witnessed the war close at hand changed him. Harry finds his soul in charity work and falls in love with Africa. He seems to acquire a genuine belief that he can make a difference. He has established the sports games he called in Latin – The Invictus Games for the servicemen and woman injured and wounded in various zones of conflicts who are training for their main victory in life – the victory over their incapacity. The Third Invictus Games took place in Toronto where he meets Megan…

The Country Life magazine aptly called their transatlantic relationship “the triumph of love over the geography”. In their interview to the Telegraph the couple divulged that were introduced by a common acquaintance whose name they both keep secret. In the same interview Harry said that it was love from the first sight, however he never watched TV series Suits where Megan played a lawyer. But to fix the next date proved to be a problem: Harry was about to embark on a charity tour to Africa when Megan had to be on set shooting the Suits. However, later she managed to find a window in her busy schedule and came to Botswana to see Harry. Here started their love in the Savannah camp under the giant African stars with the roar of lions in distance. So it is not a coincidence that when Harry gave Megan an engagement ring it included a huge diamond from Botswana to remind her of those stars. Other diamonds in this ring were from Diana’s collection. When Harry was asked what would be his mother’s reaction to his choice of bride, he answered: “ She would have jumped and jumped for joy!”

Somehow I feel he was right.

The first that attracted my interest in researching about Megan was her calligraphic-ally beautiful signature. Then I discovered that she studied that too. Her father is a light director in Hollywood descendant of Dutch, English and Irish settlers, who (as it was recently discovered) are stemmed from some branches of English monarchy. Her mother was a descendant of slaves from the plantations of Georgia, is a social worker and yoga instructor. In other words, just an ordinary American family. Her parents got divorced when Megan was just two, so she spent a lot of time with her Dad on film sets which probably determined her career choice later.

Megan Markle was the first in her family with a University degree. She went to private school and Catholic school for girls. Then it was Northwestern University, not Ivy League but reputable enough to have 19 Nobel Prize and 28 Pulitzer Prize laureates  amongst it’s alumni. Megan got a degree in an interesting combination of subjects – International Relations and Theatre. After that she worked as an intern at the American Embassy in Buenos–Aires and continued her study for a further semester in Madrid. Then it was a blitz–marriage to some film director which ended in divorce, hard graft on film sets, which helped her to reach financial security, whilst in the meantime engaging in blogging for a lifestyle website, fashion design, fighting for the rights of women in India, participating in charity for providing clean water for Ruanda, fighting against modern day slavery and even addressing the UN. Hence quite an extraordinary royal bride.

Megan and Harry spent last Christmas at royal Sandringham and Megan was officially accepted as Harry’s fiancee. The decisive factor was that Her Majesty corgis did not bark even once readily wagging their tails instead. Harry, Megan, William and Kate are already called The Magnificent Four, reflecting they go on together so famously that they founded another charity fund and as it looks agreed on their joint capacity to change the world.

It is said that Harry phoned Mega’s father and in old fashion manner asked her hand in marriage. Thomas Markle agreed but all these unexpected joy and doubts affected his heart and he had to be rushed to the hospital for heart surgery. Doctors did not advice him to travel from Mexico to London. Megan was understandably disappointed but nothing could be done. Her mother Dora Ragland was met at Heathrow airport by the royal “jaguar” on the runway, her passport was stamped there and then,  and hopefully Megan’s problems with her British citizenship will be over too.

The British Empire has transformed into the British Commonwealth based on entirely new principles of soft power, and the sun never sets over it too. Therefore there is enough work ahead for the entire growing royal family for the next thousand years at least. Quite possibly, Megan will be able to touch hearts in such areas of the Commonwealth where other “soft power” cannot reach.

The wedding is over and everyday life has begun. It is everyday life that normally tests relationships and it is which become an ultimate test for Megan Markle and the royal system. I think, both  have the capacity to adapt to one another, therefore the capacity for success. Britain has survived in it’s present shape and form due to it’s fairly successful ability (compared to some other countries), to combine and to balance traditional and the liberal values, the old and the new. It seems that Britain has served as a good example that one cannot go to one extreme or the other.

Queen Elizabeth is universally respected and has unfailingly carries that heavy British crown for decades with dignity as an embodiment of the Duty of Monarch but as it was seen by the previous generations of Britons. It is hard work. Once I observed Her Majesty and Duke on Edinburgh, now both in their 90–s, on board of their royal yacht receiving the navy parade on the Thames and was astonished that both of them were standing throughout the long ceremony under the gusts of very cold wind without sitting down once and remained as serene and royal as ever.

I reckon, Kate is wearing  stiletto heels within hours of giving birth recently are also part of this pattern. Courage is expected and must be given in return for the most privileged status on earth. However Harry had admitted some time ago how difficult it was for him to cope with bereavement without help of a psychologist and he is an avid participant in the charity founded by Will and Kate Heads Togetherthat de-stigmatises mental illnesses and psychological problems in teenagers. So there is no need for them to cope completely on their own and trying to keep a stiff upper lip.

Young members of the Royal family will have yet to find a compromise between normal life, the right to be vulnerable, emotional, mistaken, the right to be happy with an ordinary cosy happiness — and to keep the dignity and noblesse oblige of the most privileged family on the planet whose duty is to be a beacon of certain values and the uniting force for the nation. But on the outside it will be always a serial fairy tale for adults with a very strong theatrical elements,. Stage performance  in which the actors do not have a choice but to play, willingly or not.

Someone already noted the perfect timing of the most royal weddings. The wedding of Queen Elizabeth II and Duke of Edinburg was a welcome distraction from that glum drab post–war Britain with its coal and food shortages. The wedding of Will and Kate did the same for Britain in the clutched of the economic crisis. Now tying of the knot by Megan and Harry will be albeit, a very temporary, but very welcome distraction from an ever increasingly more complicated and frustrating Brexit.

So “no more champagne and the fireworks” and Megan and  Harry who are clearly happy and in love will be back to their everyday life. So are we.

Alas, the biggest fairly tale show of the year is over. 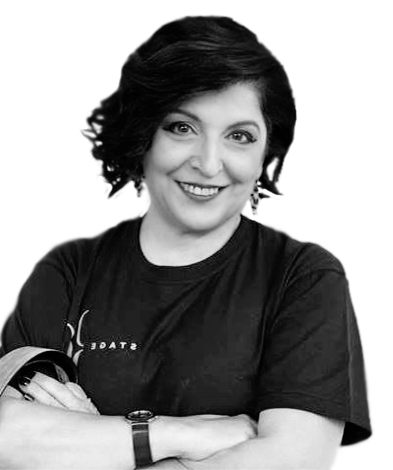